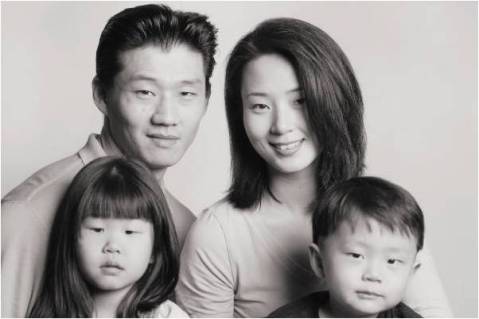 Domestic violence continues to pose a clear and present danger to the health and well-being of countless persons. When any individual in the family is physically or emotionally hurt by another family member, it affects everyone in the home. Historically, domestic violence was framed exclusively as a women’s issue. However, domestic violence must be viewed as a problem not only affecting women — increasingly, intimate partner violence is a problem devastating every sector of society, overwhelming our courts and hospitals, spilling over into our streets, and filling our morgues. We must all be a part of the solution.

Violence against women is a pressing public health issue that has devastating physical and emotional consequences for women, children and families. Women are frequent targets of both physical and sexual assault by their intimate partners. In the United States alone, domestic violence is the leading cause of injury to women between the ages of 15 and 44, more than car accidents, muggings, and rapes combined. (Violence Against Women, A Majority Staff Report,” Committee on the Judiciary, United States Senate, 102nd Congress, October 1992, p.3.)  About one in four women are physically or sexually abused at some point in their life, and domestic violence now leads as one of the top three causes of homelessness in America (Tjaden & Thoennes, 2000, U.S. Conference of Mayors, 2005).

Often, one of the greatest concerns for battered women is the effect of living in a violent home environment on children. The effects of witnessing violence at home vary greatly from one child to another. When children witness domestic abuse, they can internalize the pain of the victim or become accustomed to violence as normal, perpetuating the cycle. Often, children that witness violence at home display a variety of emotional, behavioral, social, and even physical effects, including anger, caretaking behavior, passivity, guilt, shame, fear, isolation, anxiety, and fear (Peled, Jaffe & Edleson, 1995). The longer the violence continues, the more enduring the effects on the children will become.

Research indicates that witnessing violence between one’s parents or caretakers is the strongest risk factor of transmitting violent behavior from one generation to the next (Frieze, & Browne, 1989; and Ohlin & Tonry, 2006). To learn and grow into a healthy adult, children must feel confident in the world and in themselves. Domestic violence can destroy a child’s confidence. In recognition of the devastation caused by domestic violence, many family violence programs offer counseling programs for battered women as well as programs for their children.  These counseling programs can assist abused women and their children to deal with their feelings and plan for their safety.

Domestic violence is not a private family matter as was once thought by some but rather a crime against society.  The pervasive problem of domestic violence takes everyone to make it stop. If you suspect that someone you know is a victim of any form of domestic violence, please talk to him or her, show your support, and encourage the person to seek help from a domestic violence agency. Keep in mind that expressing your concern for their health and well-being will let the person know that you care and may even save his or her life. Domestic violence can be eradicated with an equal amount of conscience, mind, heart, and collective action.

Changing Faces of the Movement: National Conference on Ending Violence

Every two years, The National Coalition Against Domestic Violence conducts a conference with the overarching goals of: skills building, sharing lessons learned, and rekindling the participants passion for this work.

The 2010 conference theme of Changing Faces of the Movement is meant to stimulate thoughtful dialogue and discussion around the changes, challenges and successes the domestic violence movement has undergone since its beginnings over 30 years ago.

As stated in the conference materials, “The battered women’s movement is no longer a small movement of activists working out of the trunks of our cars and sheltering victims in our own homes. The umbrella of our movement has grown to include the voices and influence of many cultures, ages, faiths, backgrounds and genders. We have become more colorful, savvy and organized politically, culturally and intellectually than when this movement began.

Our response is no longer singular in focus as we have learned that combating domestic violence includes addressing, analyzing and responding to the multitude of issues that factor into it. We have organized. We have responded. We have done well. But we are still changing.”